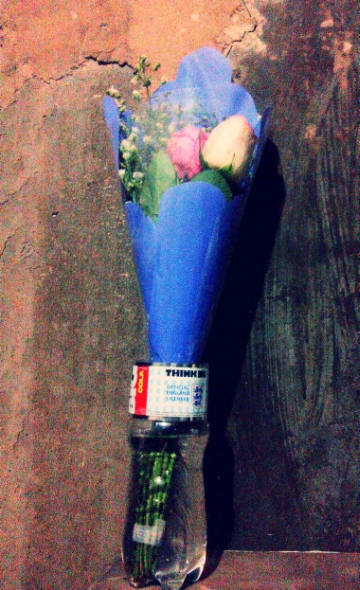 Another “rare” night just happened, few hours ago before this post been aired. Something about to be cliché happened, as well.

What if your pals were not a good actor/actress? Yes, their act won’t be perfect. Too “straight” and predictable. I’ve realized it before accepting their invitation.

Birthday cake, failed acting, and flower. Kinda surprise for me with the flower. Birthday cake is not working, by the way, neither the acting.

But, i just enjoyed it. Pretend knowing nothing and act to be innocent for making sure they didn’t figure my acting out.

In spite of the cliché surprise, i thanked them. They tried something which is worth to try. Making someone happy. Making one of us feels appreciated for the existence. I maybe dissapointed them, but hey, to be honest, i’m proud of you, guys.