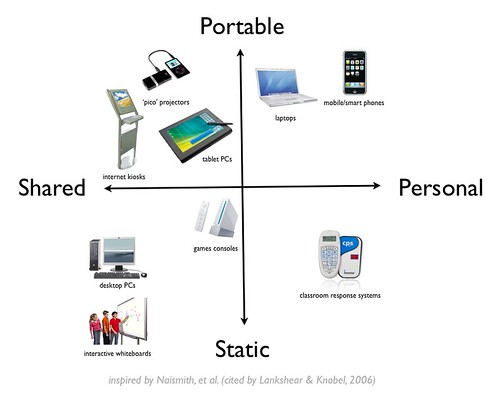 How does gadget affect our life? Well, it seems to be a very serious question. However, the answer will be divided into two forms: first, normative and general and might be so cliche answer. And the second answer, the real answer based from our experienced.

SInce technology rises up, daily habit has quietly changed. As example, we remembered long time ago when people needed to communicate each other who separated in long distance, writing letter was a popular method to communicate. However, compared with today’s fact, sending letter is no longer effective because of the extensive usage of technology, especially gadget.
This “awakening of technology” relates to term that called “modernism”.Princeton Education [1] defined: modernism, in its broadest definition, is modern thought, character, or practice. The similarity between awakening of technology, especially technology of communication, and spirit of modernism. It is caused by the nature of human themselves that always looking for more efficient tools to support their life.

Amanda Lenhardt, et al (2009) said 75% of American teenagers (12 to 17 years old) owned cell phone. Moreover, 73% of them went online in social media. In other group, 72% young adults, whom classified from 18 to 29 years old, went online[2]. This result relatively represents today’s circumstance where technology has penetrated in daily life.
Based on result above, we clearly see that gadget potentially ruins teens life today, unless we can “rule” the gadget itself. First thing to do is knowing the advantages and disadvantages resulted by gadget. By knowing it, at least we can limit ourself using gadget.

Main advantage of gadget is to help our mobility. It efficiently reduce our cost of energy. Latest technology of gadget even is able to carry out many functions in one device. We are no longer need pen, GPS, regular phone, modem, calendar, email client, camera, etc because gadget provides them all.

Thus, we should be able to master ourself first. It might be started by a question, “what kind of function i need on a gadget?”. The functions must be suitable for our daily need. If we have done choosing the need, we can start using gadget wisely. Then, the controlling. This part is important since we have known that overuse of health can affect our physical and mental health. In aspect of physical health, eyes are the risky to be affected first, so we have to pay attention carefully while using gadget frequently. Thus, gadget also potentially affects mental health. Gadget might cause serious problem about social interaction. As example, when attended some meeting, how many person avoid their gadget even they were in a conversation?. If we can not make deal with the usage of gadget, we are changing our culture of communication. Despite of the advantage, there are serious problems awaiting.

Overall, personal barrier is a right path to use and to master our gadget. We always support the progress of technology but we can not let technology master and control us. We are mastering technology not the opposite!